Until recently, the voices of millions of inland small-scale fishers, the primary users of freshwater resources and inland streams have been unheard. With the efforts of the WFFP working group on Inland Fishing and their first ever report on this neglected topic, time has come for a change.

In most countries around the world, almost all fisheries management policies are focused on marine fisheries, while inland fisheries are often confined to the informal or recreational fishing sector. In fact, if inland fisheries are considered from the macro-economic perspective of neo-liberal capitalist institutions and national governments, then their economic value is relatively small. Globally, inland fisheries are mostly small-scale and make a limited contribution to national GDPs. However, this perspective completely overlooks the health and nutritional, cultural and social value of livelihoods based on inland fisheries. 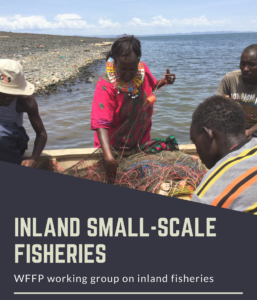 The WFFP Inland Fisheries Report is the result of the exchange organized by the WFFP Working Group on Inland Fisheries from the 4th to the 10th June 2017. The exchange took place at the Vanderkloof Dam, on the second largest artificial lake in South Africa.

The exchange has been hosted by Masifundise and participants by the local communities and the international participants were the following: Christiana Louwa, representative of El Molo Forum (Kenya) and WFFP CC member; Munir Mujibul Haque, from COAST Trust, Bangladesh; Arthur Bull, Special Advisor to the WFFP CC, from the East Coast of Canada; Dawn Morrison, from the Working Group on Indigenous Food Sovereignty, from the easternmost province of Canada. The purpose of the exchange was to discuss the current state of inland small-scale fisheries globally and to inform and advise WFFP political position regarding inland fisheries.

The participants, both local and international, provided cases studies and focus on their local context, contributing to create an overview of the characteristics of inland small-scale fishing and the challenges communities face. Such overview made clear that inland fishing communities and constitute a fundamental component of global small-scale fisheries and their contribution to food sovereignty, livelihoods and environmental sustainability. Furthermore, the work undertaken during the exchange focused on the identification of point of entry for actions, particularly within WFFP. The report and position paper produced as a result of the exchange will also discussed at the WFFP 7th General Assembly in Delhi in November, during a dedicated Inland Fisheries Workshop.

The report can be downloaded here.