Masifundise has a long history of adapting to changing social, economic, and political contexts when needed. In the first years (1980 to 1999), Masifundise provided adult education and literacy support to the Black population of the Western Cape. With the democratic transition in 1994 this work became increasingly obsolete. Masifundise therefore developed a new vision, strategic direction, and focus which was aimed at working alongside small-scale fishers in the Western Cape who were excluded from the new fishing legislation in the late 1990s.
In 2004 Masifundise Development Trust registered itself as an independent trust to support small-scale fishing communities in mobilizing, lobbying, and advocating for legal recognition and sustainable livelihoods through social agency and self-organization. During this phase (2004 to 2012) Masifundise, in alliance with Coastal Links (CLSA), a movement of small-scale fishers in the Western Cape, and their partners, advocated for the inclusion of small-scale fishers as a legally recognized category of fishers in the Marine Living Resources Act (MLRA). After a sustained period of social mobilization and activism the Equality Court (2007) instructed government to amend the MLRA and develop a small-scale fisher policy. In 2012 government eventually adopted a Small-scale Fishers Policy (SSFP) and Coastal Links transformed itself into a national body across all four coastal provinces – the Western Cape, Northern Cape, Eastern Cape, and KwaZulu-Natal.
From 2012 to 2017, Masifundise, as the secretariat to CLSA, worked alongside the social movement on a mix of strategies – lobbying, advocacy, protest, and publicity – to translate the paper rights promised in the SSFP into tangible rights, with socio-economic benefits, for fishers across the country, against the backdrop of democratic transition framed by a neo-liberal political and developmental agenda. By 2017, the institutional lines between CLSA and Masifundise had become incrementally blurred which pushed Masifundise to enter a new phase. This phase of deep reflection and strategic review was catalysed by three external evaluations that investigated Masifundise’s operational systems, external programmes, methodology, and governance, against a backdrop of a dynamic political, social, and developmental context. The two organisations disentangled themselves institutionally in order to grow and collaborate as independent social partners and address the emerging challenges and opportunities in the dynamic development and fishing context in South Africa and globally.
Small-scale fishing communities, whose very existence depends on access to and control over natural resources are directly and negatively affected by the neo-liberal development agenda. The deepening of the climate, economic, and social crises particularly affects the most impoverished groups in our country. It is in this context that our new programme moves beyond ‘fishing rights and human rights’ to a focus on promoting and strengthening ‘food sovereignty’. The social, environmental, and economic justice principles of food sovereignty look beyond fishing and constitute a direct response to the multiple crisis.
Masifundise believes that communities need to organise themselves in order to effect changes in their lives. This is based on the premise that self-organisation is the best vehicle to bring about lasting legislative, environmental and systemic change to sustain livelihoods, socio-economic growth, and social and environmental justice. Masifundise’s Food Sovereignty in Small-scale Fishing Programme adopts a human rights-based approach and food sovereignty framework that places the empowerment and agency of small-scale fishers, nationally and globally, and transformation, at the centre of its strategic intervention.

In 2017 Masifundise entered a phase that can be characterized as one of deep reflection and strategic review. The catalyst for potential change was driven by three separate but inter-linked external evaluations (February-August 2017) that investigated and assessed Masifundise’ operational (internal) systems, external programmes, methodology, and governance, against the backdrop of a rapidly changing and dynamic political, social, and development context.

All three independently recommended organizational areas of change, the most radical and far reaching one being a recommendation that the time had come for Masifundise and CLSA to disentangle themselves institutionally, to free both up to reposition themselves, grow, and collaborate, as independent but longstanding social partners, to address and embrace emerging challenges and opportunities facing them in a dynamic fishing and development context in South Africa and, globally. It was time for both to move beyond the known to the unknown. 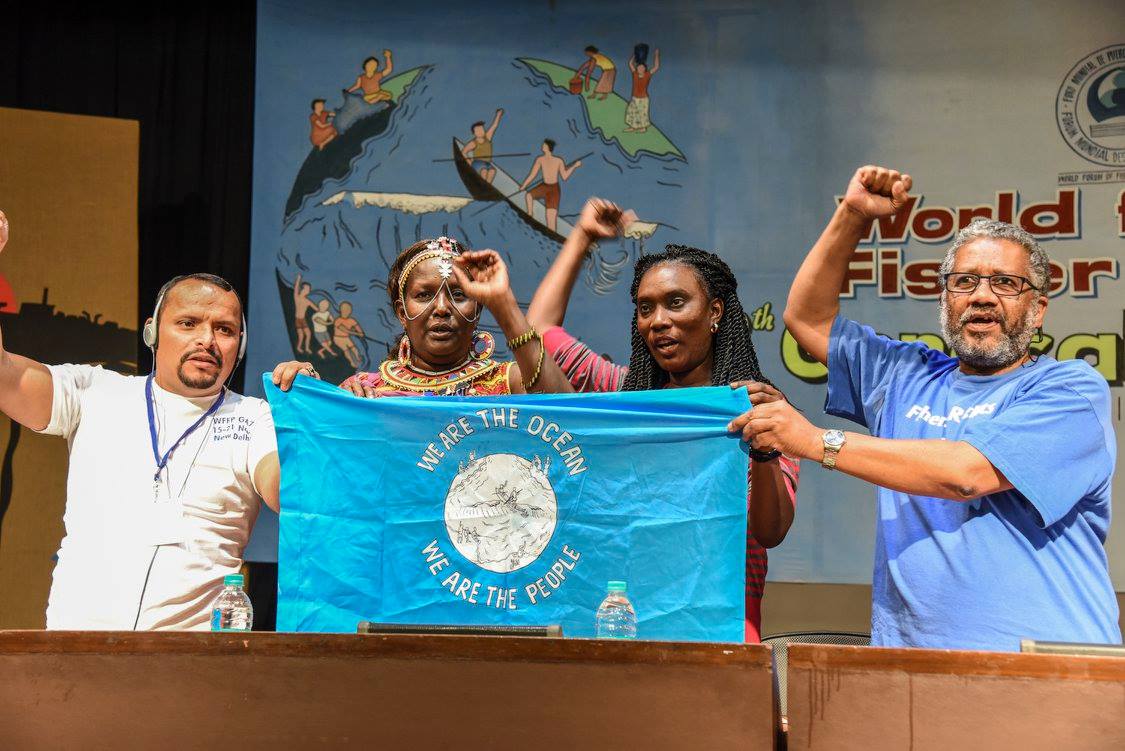 “Since September 2017, Masifundise has been engaged in a deep and intensive reflection and learning process to discern “the what, the why and the how” of transitional change.”

Since September 2017, Masifundise has been engaged in a deep and intensive reflection and learning process to discern “the what, the why and the how” of transitional change. With the facilitation and support of an external consultant and “Change Agent” all aspects of the organization – identity, vision, mission, areas of intervention, ways of thinking and working, operational systems, governance, legal form, and strategic partnerships, including its close working and institutional linkages with CLSA – are being systematically scrutinized.

Alongside this, new ways of thinking and working in the field are being tested for relevance and potential impact. Deep debates, strategic discussions, and reflections with staff, CLSA members and strategic partners, have confirmed that promoting and strengthening Food Sovereignty in the context of  coastal and inland fishing communities will be the focus of our work.

View Masifundise in the Media.